View cart “50 Philosophy Classics: Your shortcut to the most important ideas on being, truth, and meaning (50 Classics)” has been added to your cart.
Roll over image to zoom in
Click to open expanded view

50 Politics Classics: Your shortcut to the most important ideas on freedom, equality, and power (50 Classics)

We live in politically charged times, but little of what we contend with today is new and much can be learned from history.

From Abraham Lincoln to Nelson Mandela, and from Aristotle to George Orwell, 50 Politics Classics distills the essence of the books, pamphlets, and speeches of the major leaders and great thinkers that drive real-world change. Spanning 2,500 years, left and right, thinkers and doers, Tom Butler-Bowdon’s new book covers activists, war strategists, visionary leaders, economists, philosophers of freedom, feminists, conservatives, and environmentalists, right up to contemporary classics such as The Spirit Level and No Logo. Whether you consider yourself to be conservative, liberal, socialist, or Marxist, this book gives you a greater understanding of the key ideas that matter in our politically charged times.

Tom Butler-Bowdon is recognised as an expert on the personal development literature. His 50 Classics series has been hailed as the definitive guide to the literature of possibility, and has won numerous awards including the Benjamin Franklin Self-Help Award and the Foreword Magazine‘s Book of the Year Award. A graduate of the London School of Economics and the University of Sydney, he lives and works in both the Oxford, UK and Australia, and runs a successful website: www.butler-bowdon.com 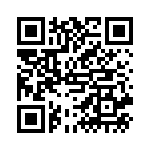 Be the first to review “50 Politics Classics: Your shortcut to the most important ideas on freedom, equality, and power (50 Classics)” Cancel reply

50 Politics Classics: Your shortcut to the most important ideas on freedom, equality, and power (50 Classics)