Despite frequent prognostications regarding the “death of God” and the triumph of secular materialism, religion remains a central component in the lives of most people around the world. There are currently thought to be 2 billion Christians, 1.2 billion Muslims, 800 million Hindus, along with some 700 million followers of other religions.

Religion: 50 Ideas You Really Need to Know offers a clear path through the conceptual and denominational thickets of global religion. Award-winning religious affairs correspondent Peter Stanford begins with an examination of sacred texts, the divine principle, and good and evil, before moving on to a discussion of the different traditions within Christianity, Islam, Judaism and the myriad customs of the East.

Peter Stanford is a former editor of the Catholic Herald (1988-1992) and now writes for a variety of papers including the Independent on Sunday, Observer, Daily Telegraph, Daily Mail, and The Tablet. 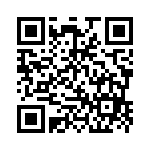