Cigars of the Pharaoh, Color, Paperback

This new format, crafted specifically for younger readers, features the original Tintin graphic novel plus brand-new content. Go “behind the scenes” with the true story about people, places and antiquities that Herge drew from, filled with fun facts, lots of pictures, and easy-to-read text In this adventure: Tintin tries to take a vacation, but while on his cruise ship a mystery unfolds He meets Dr. Sarcophagus who leads him to the undiscovered tomb of the Pharaoh Kih-Sikh.

‘Hergé’ was born Georges Remi on 22 May 1907 in Etterbeek, a suburb of Brussels, in Belgium. After leaving school, he worked for the daily newspaper, Le XXe Siècle (The 20th Century). He was responsible for the section of the newspaper designed for children. Tintin, the main character in his works, was introduced on January 10, 1929, in a story entitled ‘Tintin in the Land of the Soviets.’ Each story ran as a comic strip in the newspaper and then was published as a book. Some of these books were adapted for the small screen including The Crab With The Golden Claws, Star of Mystery, Red Rakham’s Treasure, Black Island, Objective Moon, and The Calculus Affair. French TV produced longer versions of twenty of the books in 1992, which have been broadcast in over fifty countries. On 3 March 1983, he died in Brussels. At the time of his death, he was working on Tintin and the Alpha-Art, which was published in an unfinished form. 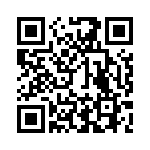 Cigars of the Pharaoh, Color, Paperback