“In Destiny Disrupted, Ansary tells the rich story of world history as it looks from that other perspective. With the evolution of the Muslim community at the center, his story moves from the lifetime of Mohammed through a succession of far-flung empires, to the struggles and ideological movements that have wracked the Muslim world in recent centuries, to the tangle of modern conflicts that culminated in the events of 9/11. He introduces the key people, events, ideas, legends, religious disputes, and turning points of world history from that other perspective, recounting not only what happened but how those events were interpreted and understood in that framework. He clarifies why these two great civilizations grew up oblivious to each other, what happened when they intersected, and how the Islamic world was affected by its slow recognition that Europe – a place it long perceived as primitive – had somehow hijacked destiny.”– 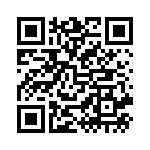