From Sufism to Ahmadiyya: A Muslim Minority Movement in South Asia

The Ahmadiyya Muslim community represents the followers of Mirza Ghulam Ahmad (1835–1908), a charismatic leader whose claims of spiritual authority brought him into conflict with most other Muslim leaders of the time. The controversial movement originated in rural India in the latter part of the 19th century and is best known for challenging current conceptions of Islamic orthodoxy. Despite missionary success and expansion throughout the world, particularly in Western Europe, North America, and parts of Africa, Ahmadis have effectively been banned from Pakistan. Adil Hussain Khan traces the origins of Ahmadi Islam from a small Sufi-style brotherhood to a major transnational organization, which many Muslims believe to be beyond the pale of Islam. 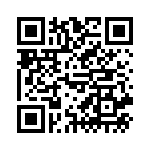 From Sufism to Ahmadiyya: A Muslim Minority Movement in South Asia