Mirza Asadullah Khan (1797–1869), popularly, Ghalib, is the most influential poet of the Urdu language. He is noted for the ghazals he wrote during his lifetime, which have since been interpreted and sung by different people in myriad ways. Ghalib’s popularity has today extended beyond the Indian subcontinent to the Hindustani diaspora around the world. In this book, Gopi Chand Narang studies Ghalib’s poetics by tracing the archetypical roots of his creative consciousness and enigmatic thought in Buddhist dialectical philosophy, particularly in the concept of shunyata. He underscores the importance of the Mughal era’s Sabke Hindi poetry, especially through Bedil, whom Ghalib considered his mentor. The author also engages with Ghalib criticism that has flourished since his death and analyses the important works of the poet, including pieces from early Nuskhas and Divan-e Ghalib, strengthening this central argument. Much has been written about Ghalib’s life and his poetry. A marked departure from this dominant trend, Narang’s book looks at Ghalib from different angles and places him in the galaxy of the great Eastern poets, stretching far beyond the boundaries of India and the Urdu language. 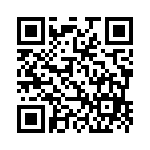