View cart “Exactly What to Say: The Magic Words for Influence and Impact” has been added to your cart.
Roll over image to zoom in
Click to open expanded view

Since the very first publication of The Secret a decade ago, Rhonda Byrne’s bestselling book has brought forth an explosion of real people sharing real stories of how their lives have miraculously changed for the better. How The Secret Changed My Life presents a selection of the most heartwarming and moving stories in one inspirational volume.
Each story provides an authentic, real-life illustration of the pathway that leads to success in every area of life: money, health, relationships, love, family and career. The people in How The Secret Changed My Life show time and again that no one is excluded from living the life of their dreams.

Rhonda Byrne is the creator of The Secret, a documentary film that swept the world in 2006, changing millions of lives and igniting a global movement. Later that same year, Rhonda’s book of The Secret was released. It has been translated into more than fifty languages and remains one of the longest-running bestsellers of this century. Rhonda has written three more bestselling books: The Power in 2010, The Magic in 2012, and Heroin 2013. 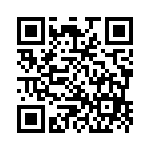 Be the first to review “How The Secret Changed My Life: Real People. Real Stories.” Cancel reply