How to Own Your Own Mind by Napoleon Hill

Locked in a vault since 1941, here is Napoleon Hill’s definitive lesson on how to organize your thinking to attain success!

In How to Own Your Mind, you receive a one-of-a-kind master class in how to think for success from motivational pioneer and author of Think and Grow Rich, Napoleon Hill. In three compelling chapters, Hill demonstrates how to organize, prioritize, and act on information so that it translates into opportunity.

Knowledge is not power. Only applied knowledge is power. This book teaches you how to use what you know, and how to know what’s worth knowing.

“The name Napoleon Hill is synonymous with practical advice on how to get ahead.”—Mitch Horowitz, CNBC

Napoleon Hill was born in 1883 in Wise County, Virginia. He worked
as a secretary, a “mountain reporter” for a local newspaper, the manager of a coal
mine and a lumber yard, and attended law school, before he began working as a
journalist for Bob Taylor’s Magazine–a job that led to his meeting steel magnate
Andrew Carnegie, which changed the course of his life. Carnegie believed success
could be distilled into principles that any person could follow, and urged Hill to
interview the greatest industrialists of the era in order to discover these principles.
Hill took on the challenge, which lasted twenty years and formed the building
block for Think and Grow Rich, the wealth-building classic and all-time bestseller
of its kind, which has sold more than 15 million copies worldwide. Hill devoted the
remainder of his life to discovering and refining the principles of success. After a
long and rich career as an author, magazine publisher, lecturer, and consultant to
business leaders, the motivational pioneer died in 1970 in South Carolina. 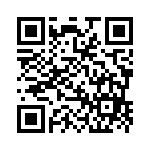 How to Own Your Own Mind by Napoleon Hill