Islam, a Challenge to Faith: Studies on the Mohammedan Religion and the Needs and Opportunities of the Mohammedan World from the Standpoint of Christian Missions

This detailed guide to Islam was meant to assist Christian missionaries to achieve their ends with Muslim communities around the world. It gives attention not only to subjects typically included (the rise of Islam, the life of the Prophet, the spread of Islam, tenets, ritual, and ethics of the faith, all criticized from a Christian standpoint; the best methods with which to convert Muslims, profiles of missions in Muslim nations and prominent missionaries) but also discusses sects within the faith and highlights contemporary political/national features. The book provides numerous maps, estimations of the population around the world, and other demographic information. It also includes images of a variety of subjects from around the world. These include photographs of places such as Mecca, Tunis, a marketplace in Bamum, West Africa, and mosques from around the world; photographs of pilgrims to Mecca from Yemen, Morocco, India, Afghanistan, Zanzibar, and other places; photographs of students of all ages from universities and mission schools; and more. 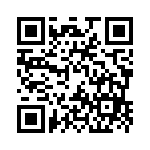 Islam, a Challenge to Faith: Studies on the Mohammedan Religion and the Needs and Opportunities of the Mohammedan World from the Standpoint of Christian Missions