Islam at War: A History

The word Islam means Peace, but for nearly 1,400 years its adherents have waged war–frequently on the grandest and most successful scales in history. This book introduces some of Islam’s greatest military figures and analyzes significant events that are shaping the modern world. Nafziger and Walton detail the rich and diverse military histories of dozens of empires, nations, tribes, clans, and peoples.

Militant Islamists viewed the events of September 11, 2001, as merely one more step in an ongoing military campaign against the West and the United States. Major events in this ongoing war include the great Arab conquests in the Middle East and the Iberian Peninsula, the Crusades, Muslim India, the Seljuq and Ottoman Empires, naval warfare, colonialism, and the numerous military actions of modern Muslim states. The word Islam means Peace, but for nearly 1,400 years its adherents have waged war–frequently on the grandest and most successful scales in history. This book introduces some of Islam’s greatest military figures and analyzes significant events that are shaping the modern world.

Nafziger and Walton detail the rich and diverse military histories of dozens of empires, nations, tribes, clans, and peoples. They make a special effort to outline the military history of the Quran and show how Islamic theology justifies the military effort. With considerable discussion of the military aspects of terrorism, this overview will provide the general reader with background information and analysis of parts of the world that are likely to remain a battleground for years to come.

Page 214 – Fight against such of those who have been given the Scripture as believe not in Allah nor the Last Day, and forbid not that which Allah hath forbidden by His Messenger, and follow not the religion of truth, until they pay the tribute readily, being brought low.‎
Appears in 37 books from 1958-2007
Page 249 – Al-Bada’i,” al-Qurtubi in his interpretation, and the shaykh of Islam in his books, where he said: “As for the fighting to repulse [an enemy], it is aimed at defending sanctity and religion, and it is a duty as agreed [by the ulema]. Nothing is more sacred than belief except repulsing an enemy who is attacking religion and life.‎
Appears in 40 books from 1998-2008
Page 6 – Whoso fighteth in the way of Allah, be he slain or be he victorious, on him We shall bestow a vast reward.‎
Appears in 30 books from 1947-2007
Page 216 – Say: O Allah! Owner of Sovereignty! Thou givest sovereignty unto whom Thou wilt and Thou withdrawest sovereignty from whom Thou wilt Thou exaltest whom Thou wilt and Thou abasest whom Thou wilt In Thy hand is the good. Lo! Thou art Able to do all things.‎
Appears in 63 books from 1927-2005
Page 220 – … if there be of you a hundred (steadfast) they shall overcome a thousand of those who disbelieve because they (the disbelievers) are a folk without intelligence.‎
Appears in 41 books from 1949-2007
Page 7 – When thy Lord inspired the angels, (saying:) I am with you. So make those who believe stand firm. I will throw fear into the hearts of those who disbelieve.‎
Appears in 13 books from 1958-2008
Page 124 – a hundred skulls picked and licked clean, all of women and children. We entered the town. On every side were skulls and skeletons, charred among the ruins or lying entirely where they fell in their clothing. There were skeletons of girls and women with long brown hair hanging to the skulls.‎
Appears in 9 books from 1876-2003

GEORGE F. NAFZIGER, USNR-Ret., has authored numerous books and articles on the subject of military history. Nafziger is a former Director of the Napoleonic Society of America and the Napoleonic Alliance. He is also the owner of The Nafziger Collection, a publishing house specializing in the Napoleonic Wars and World War II history.

MARK W. WALTON is an independent researcher. With degrees from Miami University of Ohio and Temple University, he has had a life-long interest in history. He currently lives near Indianapolis. This is his first book. 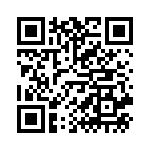 Islam at War: A History