In secular Europe, the veracity of modern science is almost always taken for granted. Whether they think of the evolutionary proofs of Darwin or of a spectacular investigation into the boundaries of physics conducted by CERN’s Large Hadron Collider, most people assume that scientific inquiry goes to the heart of fundamental truths about the universe. Yet elsewhere, science is under siege. In the USA, Christian fundamentalists contest whether evolution should be taught in schools at all. And in Muslim countries like Tunisia, Egypt, Pakistan, and Malaysia, a mere 15 percent of those recently surveyed believed Darwin’s theory to be ‘true’ or ‘probably true’. This thoughtful and passionately argued book contends absolutely to the contrary: not only that evolutionary theory does not contradict core Muslim beliefs, but that many scholars, from Islam’s golden age to the present, adopted a worldview that accepted evolution as a given. Guessoum suggests that the Islamic world, just like the Christian, needs to take scientific questions – ‘quantum questions’ – with the utmost seriousness if it is to recover its true heritage and integrity.
In its application of a specifically Muslim perspective to important topics like cosmology, divine action, and evolution, the book makes a vital contribution to debate in the disputed field of ‘science and religion’.

Nidhal Guessoum is a Professor of Physics and Astronomy at the American University of Sharjah, United Arab Emirates. He has published widely on the mutual compatibility of science and the Islamic tradition. His book Reconcilier L’Islam et la Science Moderne was published in France in 2009. 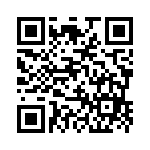