Peter B. Clarke’s in-depth account explores the innovative character of new religious movements and new forms of spirituality from a global vantage point. Ranging from North America and Europe to Japan, Latin America, South Asia, Africa and the Caribbean, it is the perfect introduction to NRMs such as Falun Gong, Aum Shinrikyo, the Brahma Kumaris, the Ikhwan or Muslim Brotherhood, Sufism, the Engaged Buddhist and Engaged Hindi movements, Messianic Judaism and Rastafarianism.

Charting the cultural significance and global impact of NRMs, he discusses the ways in which various religious traditions are shaping, rather than displacing, each other’s understanding of notions such as transcendence and faith, good and evil, of the meaning, purpose and function of religion, and of religious belonging. He then examines the responses of governments, churches, the media and general public to new religious movements, as well as the reaction to older, increasingly influential religions, such as Buddhism and Islam, in new geographical and cultural contexts. Taking into account the degree of continuity between old and new religions, each chapter contains not only an account of the rise of the NRMs and new forms of spirituality in a particular region but also an overview of the change in the regions’ mainstream religions.

Peter B. Clarke is Professor Emeritus of the History and Sociology of Religion at King’s College, University of London, and a professorial member of Faculty of Theology, University of Oxford. Among his publications are (with Peter Byrne) Religion Defined and Explained (1993) and Japanese New Religions In Global Perspective (ed) (2000). He is the founding editor and present co-editor of the Journal of Contemporary Religion. 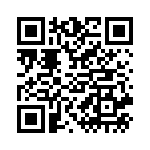 Be the first to review “New Religions in Global Perspective: Religious Change in the Modern World” Cancel reply