Profiles in Leadership: Historians on the Elusive Quality of Greatness

“Though we cannot learn leadership, we can learn from leaders, which is why this volume is so engaging and valuable.”—Boston Globe

What made FDR a more successful leader during the Depression crisis than Hoover? Why was Eisenhower more effective as a supreme commander at war than he was as president? Who was Pauli Murray, and why was she a pivotal figure in the civil rights movement?

Find the answers to these questions and more in essays by great historians, including Sean Wilentz, Alan Brinkley, Annette Gordon-Reed, Jean Strouse, Frances FitzGerald, and others. Entertaining and insightful individually, taken together, the essays address the enduring ingredients of leadership, the focus of an introduction by Walter Isaacson.

Walter Isaacson lives in Washington, DC, where he is the president and CEO of the Aspen Institute. He is the author of acclaimed, best-selling biographies of Albert Einstein, Benjamin Franklin, and Henry Kissinger. 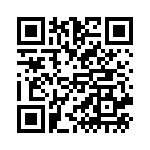 Be the first to review “Profiles in Leadership: Historians on the Elusive Quality of Greatness” Cancel reply

Profiles in Leadership: Historians on the Elusive Quality of Greatness