Between the eighth and fifteenth centuries, scholars and researchers working from Samarkand in modern-day Uzbekistan to Cordoba in Spain took our knowledge of astronomy, chemistry, engineering, mathematics, medicine, and philosophy to new heights; Musa al-Khwarizmi, for instance, who developed algebra; Al-Jazari, a Turkish engineer of the thirteenth century whose achievements include the crank, the camshaft, and the reciprocating piston; and Ibn Sina, whose textbook Canon of Medicine was a standard work in Europe’s universities until the 1600s.
These scientists were part of a sophisticated culture and civilization based on a belief in God. Science writer Ehsan Masood weaves the story of these and other scientists into a compelling narrative, taking the reader on a journey through the Islamic empires of the Middle Ages, and their contribution to science in Western Europe.

Ehsan Masood is a journalist based in London. His work has appeared mostly in Nature, New Scientist, and www.SciDev.Net. He is also a columnist for www.OpenDemocracy and has also contributed articles to The Economist, El Pais, The Guardian, The Independent, Le Monde, and Prospect magazine. His latest books include Dry: Life Without Water (2006) and Who Decides: Analysing Decisionmaking on Genetically Modified Crops in Developing Countries (2005). He is also the editor of How Do You Know: Reading Ziauddin Sardar on Islam, Science, and Cultural Relations (2006). 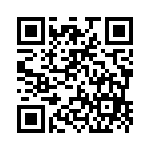