Sufism Today: Heritage and Tradition in the Global Community

Sufism is the subject of intensive discussion and debate. Yet, it is also true that the study of contemporary Sufism has been overlooked by the fields of Middle Eastern, Islamic, and religious studies. The networks, political agendas, development of new rituals, and the organization of Sufism, especially in the West, have not been studied comprehensively enough, despite growing interest in Islamic mysticism. This book sets out to fill the gap. It is not only timely, in that it offers the first sustained treatment of Sufism in the context of modern Muslim communities; but it is also innovative, in that it broadens the purview of the study of Sufism to look at the subject right across international boundaries, from Canada to Brazil, and from Denmark to the UK and USA. Subjects discussed include the politics of Sufism; the remaking of Turkish Sufism; tradition and cultural creativity among Syrian Sufi communities; the globalization of Sufi networks, and their transplantation in America; Iranian Sufism in London; and Naqshbandi Sufism in Sweden. The practice of Sufism has become especially important for young people – particularly young women – to find an adequate framework within which to explore Muslim spirituality in dialogue with modernity.
And in its thorough examination of how Sufi rituals, traditions, and theologies have been adapted by late-modern religiosity, this volume will make indispensable reading for all scholars and students of modern Islam. Sufism is fashionable, important, and sellable. Contemporary Sufism has been neglected in the literature – until now. This title is unique in its international scope and comprehensive treatment of modern western Sufi communities.

Catharina Raudvere is Professor of the History of Religions at Copenhagen University, and the author of The Book and the Roses: Sufi Women, Visibility, and Zikir in Contemporary Istanbul (I.B.Tauris, 2003). Leif Stenberg is Associate Professor of Islamology at Lund University, and co-editor, with Birgit Shaebler, of Globalization and the Muslim World: Culture, Religion, and Modernity. 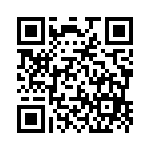 Sufism Today: Heritage and Tradition in the Global Community