Sufism: Veil and Quintessence : a New Translation with Selected Letters

This revised and expanded edition of Frithjof Schuon’s Sufism: Veil and Quintessence contains: a new translation of this classic work; previously unpublished correspondence by Frithjob Schuon; an editor’s preface by James S. Cutsinger; a new foreword by Seyyed Hossein Nasr; extensive editor’s notes by James S. Cutsinger; a glossary of foreign terms and phrases; an index; and biographical notes.

Page 156 – For the horse of Pharaoh went in with his chariots and with his horsemen into the sea, and the LORD brought again the waters of the sea upon them, but the children of Israel went on dry land in the midst of the sea.‎
Appears in 344 books from 1802-2008
Page 152 – Wherefore I say unto you, All manner of sin and blasphemy shall be forgiven unto men; but the blasphemy against the Holy Ghost shall not be forgiven unto men. And whosoever speaketh a word against the Son of man, it shall be forgiven him: but whosoever speaketh against the Holy Ghost, it shall not be forgiven him, either in this world, neither in the world to come.‎
Appears in 986 books from 1744-2008
Page 168 – And he dreamed, and behold a ladder set up on the earth, and the top of it reached to heaven: and behold the angels of God ascending and descending on it…‎
Appears in 819 books from 1811-2007
Page 153 – Moses’ seat: all therefore whatsoever they bid you observe, that observe and do; but do not ye after their works: for they say, and do not. For they bind heavy burdens and grievous to be borne, and lay them on men’s shoulders; but they themselves will not move them with one of their fingers.‎
Appears in 742 books from 1801-2008
Page 151 – Give not that which is holy unto the dogs, neither cast ye your pearls before swine, lest they trample them under their feet, and turn .again and rend you.‎
Appears in 1058 books from 1755-2008

Born in Tehran, Seyyed Hossein Nasr, the son of an educator, received a Ph.D. from Harvard University in 1958, after which he returned to Iran to teach and eventually to become a university chancellor. He was compelled to leave his native country after the revolution of 1979 and since then has taught in universities in the United States. Deeply influenced by the mystical Sufi tradition, Nasr is less concerned with reconciling the faith with modernism and is more concerned with presenting a traditionalist, though the mystical, interpretation of religion offers a way out of the contradictions of modernity. Through an authentic spiritual experience, Nasr holds, one can penetrate the superficiality of modern scientific and other knowledge to find eternal truth. He is associated with the neotraditionalist school of philosophy. Undoubtedly, Nasr has had more general influence in the Western philosophical world than any other contemporary philosopher in the Islamic tradition. 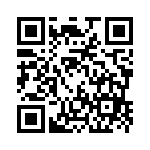 Sufism: Veil and Quintessence : a New Translation with Selected Letters