View cart “The House of Islam: A Global History” has been added to your cart.
Roll over image to zoom in
Click to open expanded view

Leonard Lewisohn was a highly regarded scholar of Persian and Sufi literature. He taught at the Institute of Arab and Islamic Studies, University of Exeter; the Centre of Near and Middle Eastern Studies, SOAS, University of London; and was a Research Associate and Outreach Coordinator at the Department of Academic Research at the Institute of Ismaili Studies, London, where he also taught Persian. Among many other works, he authored Beyond Faith and Infidelity: The Sufi Poetry and Teachings of Mahmud Shabistari and edited the three volumes on The Heritage of Sufism published by Oneworld. 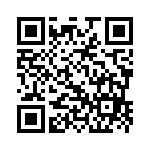