The House of Islam: A Global History

“Ed Husain has become one of the most vital Muslim voices in the world. The House of Islam could very well be his magnum opus.” -Reza Aslan, #1 New York Times bestselling author of Zealot

“This should be compulsory reading.” -Peter Frankopan, author of the international bestseller The Silk Roads

Today, Islam is to many in the West an alien force, with Muslims held in suspicion. Failure to grasp the inner workings of religion and geopolitics has haunted American foreign policy for decades and has been decisive in the new administration’s controversial orders. The intricacies and shadings must be understood by the West not only to build a stronger, more harmonious relationship between the two cultures but also for greater accuracy in predictions as to how current crises, such as the growth of ISIS, will develop and from where the next might emerge.

The House of Islam addresses key questions and points of disconnection. What are the roots of the conflict between Sunni and Shi’a Muslims that is engulfing Pakistan and the Middle East? Does the Koran encourage the killing of infidels? The book thoughtfully explores the events and issues that have come from and contributed to the broadening gulf between Islam and the West, from the United States’ overthrow of Iran’s first democratically elected leader to the emergence of ISIS, from the declaration of a fatwa on Salman Rushdie to the attack on the offices of Charlie Hebdo.

Authoritative and engaging, Ed Husain leads us clearly and carefully through the nuances of Islam and its people, taking us back to basics to contend that the Muslim world need not be a stranger to the West, nor our enemy, but our peaceable allies.

Ed Husain was an Islamist radical in his teens and early twenties. After rejecting extremism, he traveled widely in the Middle East and worked for the British Council in Syria and Saudi Arabia. He is an adjunct senior fellow for Middle Eastern studies at the Council on Foreign Relations in New York; cofounder of Britain’s first Muslim counter-extremism think tank, the Quilliam Foundation; and a former senior adviser at the Tony Blair Faith Foundation. He lives in London with his wife and daughter. 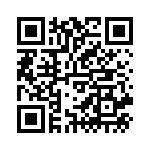 The House of Islam: A Global History