The Kashf al-Mahjub ‘The Revelation of the Veiled’ Ali b. ‘Uthman al-Jullãbi Hujwiri.: An Early Persian Treatise on Sufism

Al-Hujw? r? came from Ghazna, now in Afghanistan, then the capital of the mighty Ghaznavid Empire. He was a Sufi mystic who traveled widely in the Middle East and Transoxiana. The Kashf al-Ma?j?b was probably written in Lahore, where he is buried, not long before his death in about 1074. One of the oldest Sufi works in Persian, it is a substantial treatise aiming to set forth a complete system of Sufism. This is achieved partly by the discussion of acts and sayings of the great figures of the past, partly by a discussion of features of doctrine and practice, and the examination of the different views adopted by different Sufi schools. It is enlivened by episodes from the author s own experiences. 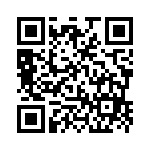 The Kashf al-Mahjub 'The Revelation of the Veiled' Ali b. 'Uthman al-Jullãbi Hujwiri.: An Early Persian Treatise on Sufism