The Obstacle Is the Way: The Timeless Art of Turning Trials into Triumph

The Obstacle is the Way

has become a cult classic, beloved by men and women around the world who apply its wisdom to become more successful at whatever they do.

The book draws its inspiration from stoicism, the ancient Greek philosophy of enduring pain or adversity with perseverance and resilience. Stoics focus on the things they can control, let go of everything else, and turn every new obstacle into an opportunity to get better, stronger, tougher. As Marcus Aurelius put it nearly 2000 years ago: “The impediment to action advances action. What stands in the way becomes the way.”

Ryan Holiday shows us how some of the most successful people in history—from John D. Rockefeller to Amelia Earhart to Ulysses S. Grant to Steve Jobs—have applied stoicism to overcome difficult or even impossible situations. Their embrace of these principles ultimately mattered more than their natural intelligence, talents, or luck.

If you’re feeling frustrated, demoralized, or stuck in a rut, this book can help you turn your problems into your biggest advantages. And along the way, it will inspire you with dozens of true stories of the greats from every age and era.

Ryan Holiday is one of the world’s foremost thinkers and writers on ancient philosophy and its place in everyday life. He is a sought-after speaker, strategist, and author of many bestselling books including The Obstacle Is the Way; Ego Is the Enemy; The Daily Stoic; and the #1 New York Times bestseller Stillness Is the Key. His books have been translated into over 30 languages and read by over two million people worldwide. He lives outside Austin, Texas, with his family. 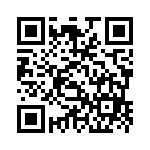 Be the first to review “The Obstacle Is the Way: The Timeless Art of Turning Trials into Triumph” Cancel reply

The Obstacle Is the Way: The Timeless Art of Turning Trials into Triumph