The Pig That Wants to Be Eaten

Julian Baggini presents 100 of the most interesting thought experiments: short scenarios which pose a problem in a vivid and concrete way and invites the reader to think about possible answers for him/herself. Experiments cover identity, religion, art, ethics, language, knowledge and many more. In every case, Baggini sets the problem up for the reader and then offers some ways of approaching it. There are rarely ‘right’ or ‘wrong’ answers (though some answers are better than others), but the real point is in the exploration of the question. From Zeno’s paradox to Groundhog Day (how do you make sense of a life of eternal recurrence?), via the pig that wants to be eaten (so should you eat him?), Plato’s cave, Minority Report (is it right to punish people for what they are going to do, but haven’t yet done?), and an American Werewolf in London (how can we tell whether we are awake or dreaming?), this book makes philosophy not only mind-stretching but also entertaining.

Julian Baggini is the editor and co-founder of The Philosophers Magazine. He writes regularly for the Guardian, Independent and Independent on Sunday, Prospect and the TES, and has appeared on Nightwaves and In Our Time. He is the author of several books on philosophy, including What’s It All About? Philosophy and the Meaning of Life (Granta), Making Sense: Philosophy Behind the Headlines (OUP) and Atheism: A Very Short Introduction (OUP). 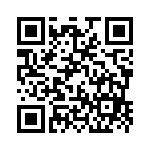 The Pig That Wants to Be Eaten