The Sufi Path of Knowledge: Ibn al-Arabi’s Metaphysics of Imagination

Ibn al-‘Arabi is still known as “the Great Sheik” among the surviving Sufi orders. Born in Muslim Spain, he has become famous in the West as the greatest mystical thinker of Islamic civilization. He was a great philosopher, theologian, and poet.

William Chittick takes a major step toward exposing the breadth and depth of Ibn al-‘Arabi’s vision. The book offers his view of spiritual perfection and explains his theology, ontology, epistemology, hermeneutics, and soteriology. The clear language, unencumbered by methodological jargon, makes it accessible to those familiar with other spiritual traditions, while its scholarly precision will appeal to specialists.

Beginning with a survey of Ibn al-‘Arabi’s major teachings, the book gradually introduces the most important facets of his thought, devoting attention to definitions of his basic terminology. His teachings are illustrated with many translated passages introducing readers to fascinating byways of spiritual life that would not ordinarily be encountered in an account of a thinker’s ideas. Ibn al-‘Arabi is allowed to describe in detail the visionary world from which his knowledge derives and to express his teachings in his own words.

More than 600 passages from his major work, al-Futuhat al-Makkivva, are translated here, practically for the first time. These alone provide twice the text of the Fusus al-hikam. The exhaustive indexes make the work an invaluable reference tool for research in Sufism and Islamic thought in general.

Page 154 – And when thy Lord took from the Children of Adam, from their loins, their seed, and made them testify touching themselves, ‘Am I not your Lord?‎

Page 200 – And if they had observed the Torah and the Gospel and what was sent down to them from their Lord, they would have eaten from what was above them and beneath their feet.‎

Page 200 – It is He who sent down upon thee the Book, wherein are verses clear that are the Essence of the Book, and others ambiguous. As for those in whose hearts is swerving, they follow the ambiguous part, desiring dissension, and desiring its interpretation; and none knows its interpretation, save only God. And those firmly rooted in knowledge…‎

Page 170 – O believers, obey God, and obey the Messenger and those in authority among you. If you should quarrel on anything, refer it to God and the Messenger, if you believe in God and the Last Day; that is better, and fairer in the issue.‎

Page 247 – Recite: In the Name of thy Lord who created, created Man of a blood-clot. Recite: And thy Lord is the Most Generous, who taught by the Pen, 5 taught Man that he knew not.‎

Page 224 – It belongs not to any mortal that God should speak to him, except by revelation, or from behind a veil…‎

Page 200 – Book, wherein are verses clear that are the Essence of the Book, and others ambiguous. As for those in whose hearts is swerving, they follow the ambiguous part, desiring dissension, and desiring its interpretation; and none knows its interpretation, save only God. And those firmly rooted in knowledge say, “We believe in it; all is from our Lord”; yet none remembers, but men possessed of minds.‎

Page 349 – They take their priests and their anchorites to be their lords in derogation of Allah, and (they take as their Lord) Christ, the son of Mary; Yet they were commanded to worship but One God: There is no god but He. Praise and glory to Him: (Far is He) from having the partners they associate (with Him).‎

William Chittick is a Professor of Religious Studies at State University of New York, Stony Brook. He is author of The Sufi Path of Love: The Spiritual Teachings of Rumi and nine other books. 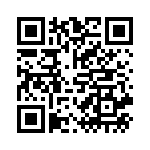 The Sufi Path of Knowledge: Ibn al-Arabi's Metaphysics of Imagination