New PageWhat causes Muslims to be violent? What spurs them to riot and murder over the silliest things? To understand Muslims, one must understand their prophet. This psychobiography seeks to unveil the mystery of Muhammad. Historians tell us he used to withdraw to a cave, spending days wrapped in his thoughts. He heard bells ringing and had ghostly visions. He thought he had become demon-possessed, but his wife reassured him he had become a prophet. Convinced of his superior status, Muhammad was intolerant of those who rejected him, assassinated those who criticized him, raided, looted, and massacred entire populations. He reduced thousands to slavery, raped, and allowed his men torape female captives. All of this, he did with a clear conscience and a sense of entitlement. He was magnanimous to those who admired him but vengeful to those who did not. Not only he believed he was the most perfect human creation, but the universe’s raison d’etre. Muhammad was no ordinary man. This book ventures beyond the stories. Focusing on the “why” rather than the “what,” it unravels the mystique of the most influential and yet most enigmatic man in history. Islam is Muhammadanism. Muslims worship Muhammad. Allah is Muhammad s alter ego. Only by understanding him can one know what makes them tick. Understanding Muhammad, will end Islam. 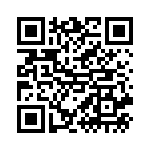