War and Peace in Islam: The Uses and Abuses of Jihad

H. R. H. Prince Ghazi bin Muhammad is the nephew of the late King Hussein of Jordan. He has held many advisory official positions in Jordan and founded the Al-Balqa Applied University and the World Islamic Sciences and Education University (WISE). He is the author of a number of books and articles, including Love in the Holy Qur’an. Professor Ibrahim Kalin is the chief advisor to the prime minister of Turkey and the founding director of the SETA Foundation for Political, Economic, and Social Research based in Ankara, Turkey. He is a fellow at the Prince Alwaleed Center for Muslim-Christian Understanding at Georgetown University. Professor Mohammad Hashim Kamali is the founding chairman and CEO of the International Institute of Advanced Islamic Studies (IAIS) Malaysia. He was a professor of Islamic law and jurisprudence at the International Islamic University Malaysia and a former dean of the International Institute of Islamic Thought and Civilization (ISTAC). He is the author of many books, including Citizenship and Accountability of Government in Islam. 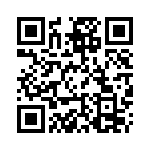 War and Peace in Islam: The Uses and Abuses of Jihad