View cart “What is Islam?: The Importance of Being Islamic” has been added to your cart.
Roll over image to zoom in
Click to open expanded view

Western Sufism is sometimes dismissed as a relatively recent “new age” phenomenon, but in this book, Mark Sedgwick argues that it actually has very deep roots, both in the Muslim world and in the West. In fact, although the first significant Western Sufi organization was not established until1915, the first Western discussion of Sufism was printed in 1480, and Western interest in some of the ideas that are central to Sufi thought goes back to the thirteenth century. Sedgwick starts with the earliest origins of Western Sufism in late antique Neoplatonism and early Arab philosophy, and traces later origins in repeated intercultural transfers from the Muslim world to the West, in the thought of the European Renaissance and Enlightenment, and in the intellectual and religious ferment of the nineteenth century. He then follows the development of organized Sufism in the West from 1915until 1968, the year in which the first Western Sufi order based not on the heritage of the European Middle Ages, Renaissance, and Enlightenment, but rather on purely Islamic models, was founded. Later developments in this and other orders are also covered. Western Sufism shows the influence of these origins, of thought both familiar and less familiar: Neoplatonic emanationism, perennialism, pantheism, universalism, and esotericism. Western Sufism, then, is the product not of the new age but of Islam, the ancient world, and centuries of Western religious and intellectual history. Drawing on sources from antiquity to the internet, Mark Sedgwick demonstrates that the phenomenon of Western Sufism not only draws on centuries of intercultural transfers but is also part of a long-established relationship between Western thought and Islam that can be productive, not confrontational.

Mark Sedgwick is the head of the Islamic Cultures and Societies Research Unit at Aarhus University in Denmark. As a historian, his work centers on the transfer of religions and traditions in the late pre-modern and modern periods. 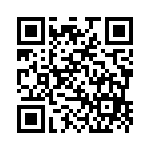